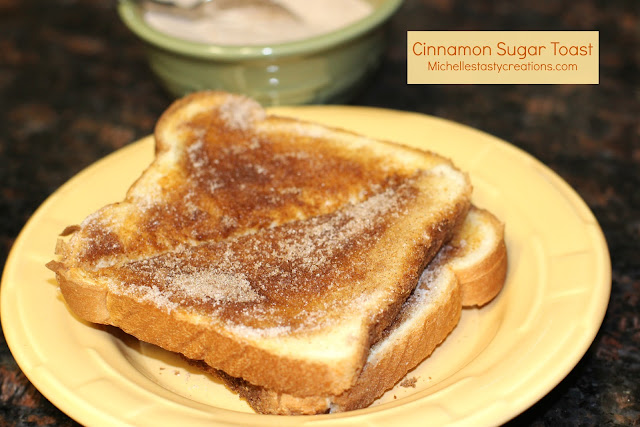 "What we eat for Breakfast around here"

Tonight while I was making the oatmeal I decided to make a favorite from when I was a kid.  I don't know why I don't make it more often, maybe because we are jam and peanut butter on our toast people, or maybe just because I very rarely think of it, but tonight I was in the mood for Cinnamon Sugar Toast, mmmmm.
Here's what you need:

Toast bread in toaster then spread with butter and sprinkle with cinnamon sugar.

Email ThisBlogThis!Share to TwitterShare to FacebookShare to Pinterest
Labels: Bread, Breakfast, What we eat for breakfast